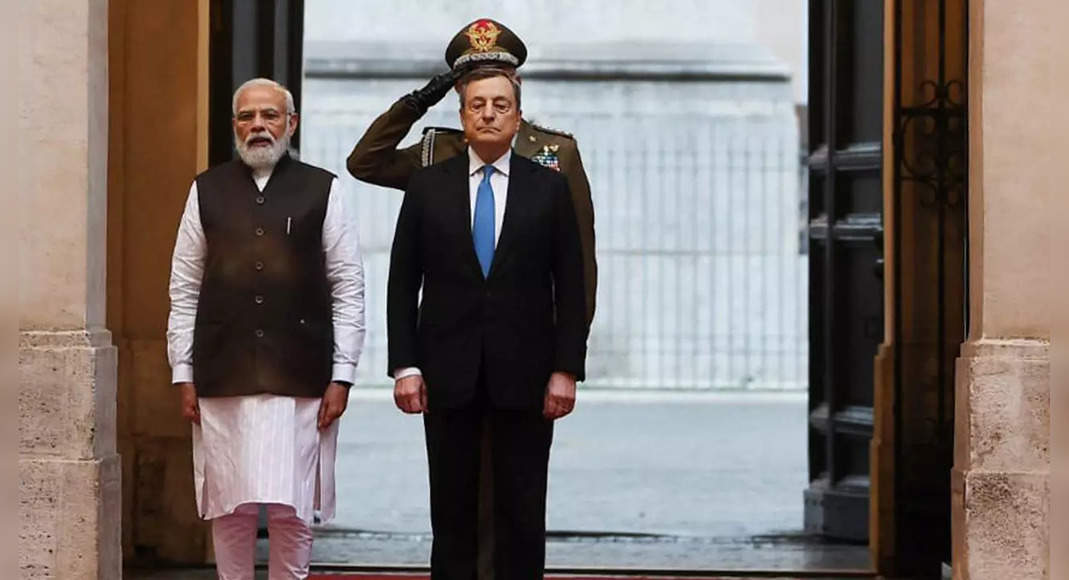 Rome: Prime Minister Narendra Modi on Friday held a direct meeting directly with Italian partner Mario Draghi on the sidelines of the G20 Summit in which the two leaders had extensive talks about diversifying bilateral bonds.
Prime Minister Modi, who arrived here the previous day on the day of his Italian partner invitation, was received by Draghi on his arrival at Palazzo Chigi for the meeting.
“Prime Minister @Narendramodi and Mario Draghi met in Rome.
They two leaders held extensive talks about diversifying the Indian-Italian bond,” The Prime Minister’s office was tweeted.
Modi is also given an honor guard.
“Sinerging The Indian-Italy Partnership! PM @Narendramodi was accepted by Italian Prime Minister Mario Draghi, when he arrived at Palazzo Chigi for their direct meeting.
Both leaders examine the honorary guards before continuing for delegation level talks,” spokesman for the external ministry Arindam Bagchi tweeted.
“PM @Narendramodi & PM Mario Draghi reviewed the 2020-2025 action plan from the Indian-Italian bilateral partnership, and reaffirmed the commitment to continuing trade and investment linkages,” he said.
They also “decided to work together to accelerate the transition of clean energy to fight climate change,” Bagchi added.
Italy is between the five top Indian trading partners in the EU.
India ranks 19th as an Italian import country, accounting for 1.2 percent of Italian imports.
Italy was ranked 18th in the FDI inflow in India during April 2000 to December 2020 with FDI Inflow USD 3.02 billion during this period.
In his departure statement on Thursday, Modi said he would visit Rome and the Vatican City from October 29-31.
“During my visit to Italy, I would also visit the Vatican City, to call Pope Holiness Francis and meet the Secretary of State, his cardinal Pietro Parolin,” Modi said.
From Rome, Modi will travel to Glasgow, England, at the invitation of British Prime Minister Boris Johnson.