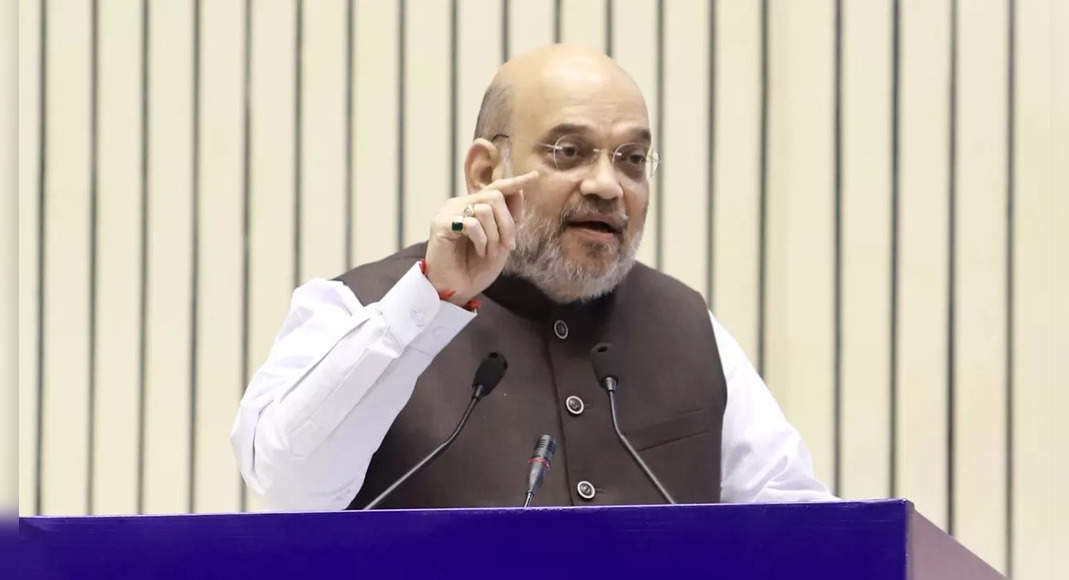 NEW DELHI: Minister of Home Union Amit Shah said on Thursday that India now responded to the perpetrators of cross-border violence when he remembered the 2016 surgical strike when the armed forces hit the fars of Pakistan.
Shah, who spoke after laying the foundation stone of the University of the National Forensic Sciences (NFSU) in Goa, said that with decisive actions such as surgical strikes, India sent a strong message to the whole world that could not be sandpaper with the border.
In the excavation of the previous UPA government, the minister at home for years, terrorists from across the border were used to infiltrate India and cause riots, but Delhi would not do anything.
“But when terrorists carry out attacks at J & K (URI) in 2016, India gave a suitable response in the form of a surgical strike for the first time,” he said.
In a real reference to Pakistan, Shah said: “There are times when only talks are accustomed, but now India responds in the same language as them.” On September 29, 2016, the Indian Army conducted a surgical strike on seven terrorist launch pads across the control line (LOC) in response to attacks on the base at the beginning of the month.
The army said the troops were in particular against “significant victims” to terrorists waiting there to cross into the Indian region.
Shah’s statement also came in the background of a series of civil killings that occurred in Jammu & Kashmir after the resurrection in terror activities.
Security agents said that Pakistani-based Lashkar-e-Taiba-based terror clothing was responsible for the attack and had taken them out through his shadow clothes called Front Resistance (TRF).
(With input from the agency) watching there will be more surgical strikes if needed: Amit Shah to Pakistan