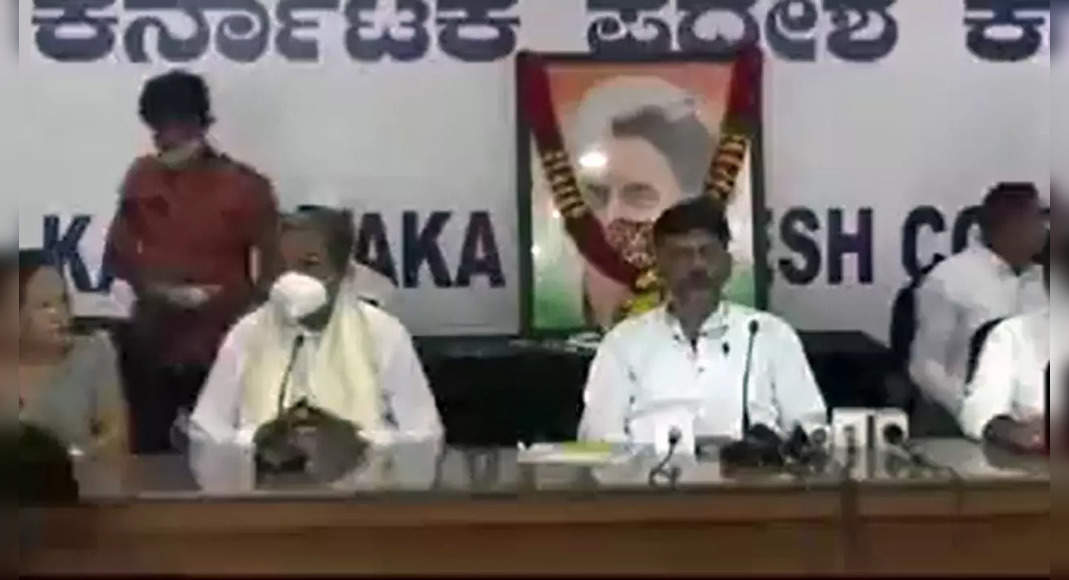 New Delhi: Congress in Karnataka seems to have a “mic” moment again.
In a leaky video, the former Head of the Head of Karnataka Siddaramaah can be known to have heard asking the President of the DK Shivakumar State Congress on the picture of Sardar Patel during the event to mark the anniversary of Indira Gandhi’s death.
Replying to Siddaramaiiah, Shivakumar sounded saying that “we never kept a patel image that day”.
For this reason, Siddaramaiiah shows that BJP can criticize the absence of a patel picture and use it.
Shivakumar then sounded instructed an employee at the Congress office to bring a photo of Sardar Patel.
The video, which was first released by BJP MLA and former MP Minister Renukaccharya on October 31, has become a viral with several leaders of the Safron Party attacking Congress.
Toi cannot independently verify the authenticity of the video.
Reacting Video, Uni Minister Rajeev Chandrasekhar said that he exposed the hypocrisy of the congress where the worship dynasty was far more important than respecting the founders of our country.
The Secretary General of the National BJP CT Ravi claimed that if anyone doubted about how many Nehru dynasties “hate” Sardar Patel, the video cleaned it.
In October, in a similar mistake, two congress officials were arrested at the Shivakumar Badmouthing camera and accused him of being involved in corruption when he was a minister at HD Kumaraswamy-LED JD (s) the coalition government -Congress.
(With input from Ani)