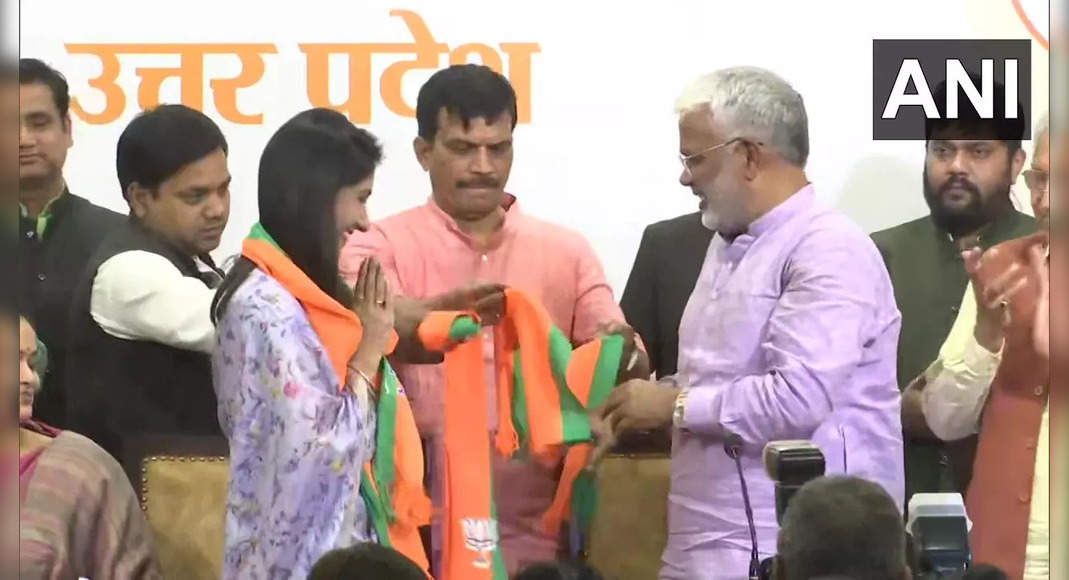 Lucknow: Rebel Congress MLA from Raibareli Aditi Singh joined BJP in Lucknow on Wednesday.
Aditi’s decision to join the ruling party was seen as an important step in Uttar Pradesh which was bound by the poll.
Only four days ago, Aditi Singh openly criticized the Secretary General of the Party Priyanka Gandhi Vadra said that he had run out of problems to politicize so he questioned the central decision to revoke three agricultural laws.
(With input from the agency)