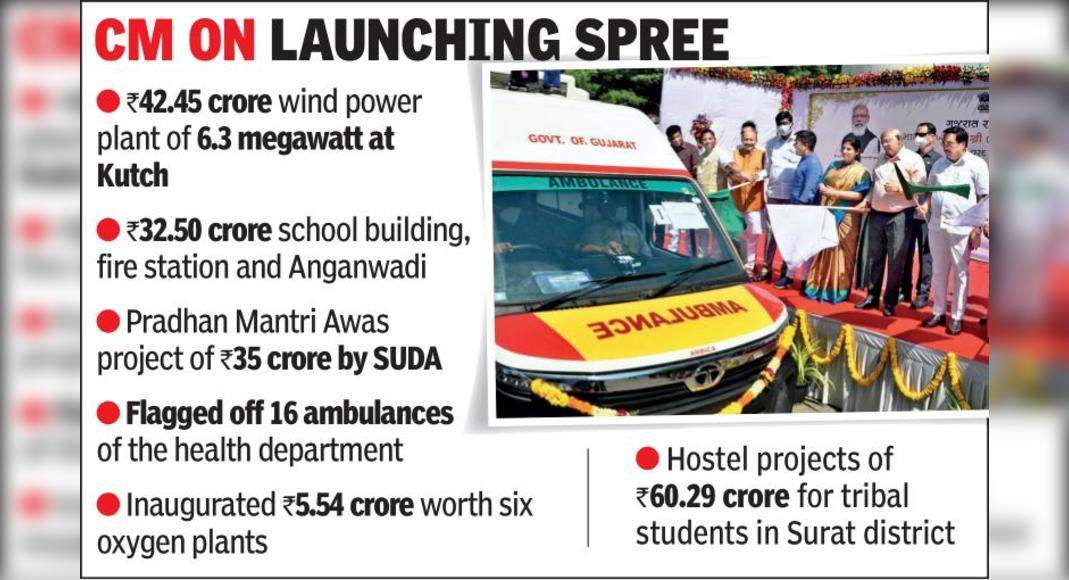 Letters: “Now people like Diamonds will shine because of education in Diamond City,” said Minister of Bhupendra Patel said on Friday, while claiming that Gujarat had become the center of education by starting various educational institutions.
Overcoming the event, he gave members of Patidar Young Mantra to become a ‘global youth’.
“By creating an education hub, the Patidar community celebrates Diwali with the light of knowledge.
Education is the basis of development.
The 21st century is for knowledge and science.
The Patidar community contributes to enriching the young generation with science and knowledge by developing educational hubs,” Patel said, said Congratulations to community leaders for their joint efforts.
The project worth RS 237 Crore was also launched and inaugurated in the city by Patel on his first visit to the city after being cm.
Then on that day, he also participated in a meeting with the top government leaders and elected leaders in the Collectorate District.
Minister of Livestock and Livestock Union, Purshottam Rupala, Union MOS for trains and textiles, Darshana Jardosh and other ministers attended the meeting.
CM also led a meeting with high-ranking government officials and selected representatives in Jilla Seva Sacan’s letter where he discussed the issue of flooding because of a tributary in Varachha, awaiting a help application to widow and NFSA claiming to increase the number of Aadhaar card kits.