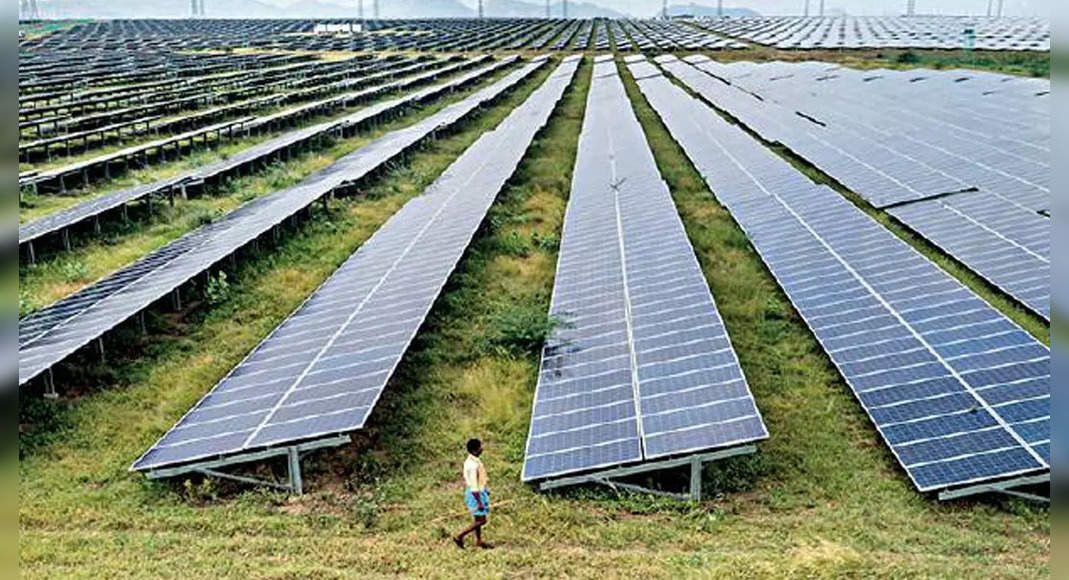 Bengaluru: Heavy rain in recent weeks has reduced electricity demand, providing several respiratory spaces to the government to manage coal shortages at thermal power stations.
Solar power is also useful, fulfilling more than 50 percent of demand during the day.
“These two factors help us and we manage the situation of power without loading release,” said N Manjula, Director of Implementing Karnataka Power Transmission Corporation Limited (KPTCL).
“Solar power is proven to be the main energy source during the day.
The demand is low and can be managed at night due to rain.” Sun plants in the state, including Pavagada Solar Park (2.050MW) in the Tumakuru District, have a cumulative installed capacity of 7.349MW.
On average, around 3,500 MW solar power is produced every day in the state, while the demand for peak loads for power has been around 6,500mW for the past 10 days.
Peak requests in October are usually 9,500mW, but have fallen this time because of continuous rain, the phenomenon of the Indian Meteorology Department (IMD) describes as an extension of the Southwest Monsun which should end a few weeks ago.
The state received 114.7mm rainfall between October 1 and 11 as against normal 66.9mm.
The bathroom is expected to continue until October 20.
“The rain drastically reduces the power requirements of an irrigation pump set in rural areas.
We hope there is a low request for a few more days while we restore the normal coal supply at the thermal station,” said Minister of Energy V Sunil Kumar.
Ballari, Raichur and the thermal power plant yeramarus have a decrease in production due to a short supply of coal.
Only five out of eight units at the Raichur factory operated on Wednesday and they produced 674MW at 9:20 a.m.
such as the installed capacity of 1,720MW.
Two of the three units at the Ballari factory produce 842MW, while the installed capacity is 1,700MW.
At the Yeramarus facility, one in two units operates, produces 650MW as a 1,600MW installed capacity.
All conventional power plants, including Hydro stations, collectively produce 4,364MW and the remaining load is taken with solar power (3.270mW) and the center grid (1,468mW).
“Requests may rise again when the rain recedes, so we take steps to ensure adequate coal stock,” said Sunil Kumar.