PJK: Walk-in OPDs draw a big rush, many are still not visible – News2IN 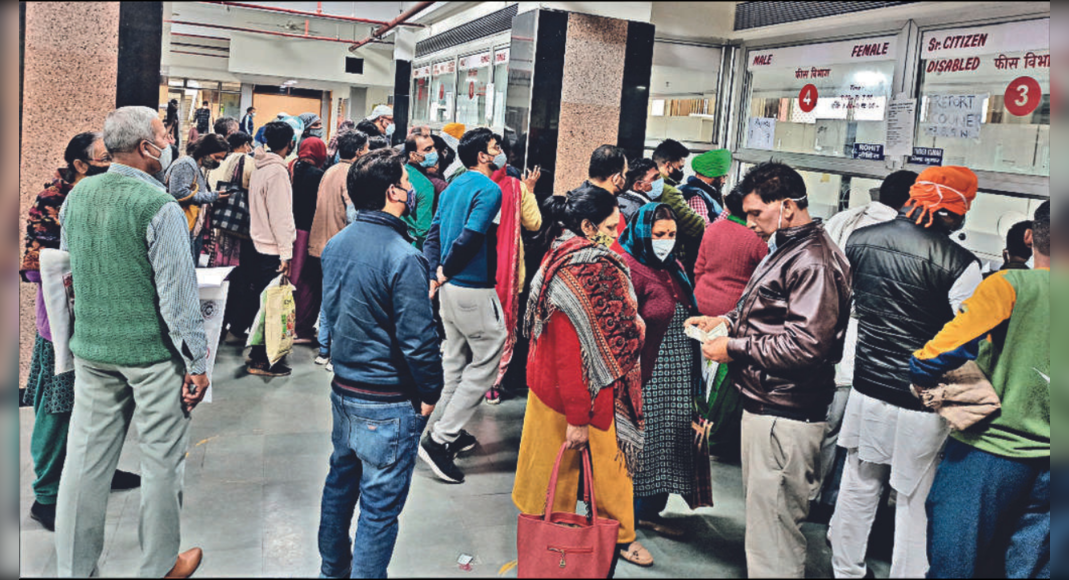 Chandigarh: Opsd in PGI, multi-special government hospital, sector 16, and the Medical College and Hospital government, sector 32, saw a large sliding of patients on the first day reopened after a month.
PGI watched the foot point of 4,103 OPD patients next to 1,346 telecast patients.
Usually, the Institute saw more than 8,000 patients in various OPDs.
However, when the registration timing is cut from three hours to one, most patients who come to the counter must go without getting an appointment.
Also, those who were asked to follow up on teleconsultation were almost not treated in PGI, while for almost an hour, the doctor at GMCH went to attend the oath ceremony from the new Mbbs batch.
“Opd is open from 9 to 1 in the morning.
But for almost an hour most of the doctors went to attend the oath ceremony.
The hospital should not be opened on the same day,” said a patient who was allowed to wait long at the GMCH.
As many as 1,244 patients were seen in GMCH and 1,395 in GMSH.
GMCH has seen more than 4,000 previous patients, while more than 3,000 patients have come to GMS before the pandemic.
“I have been asked to follow up after two weeks through telecasting.
But when I called the same number, I was told to make myself re-registered for physical opd.
This shouldn’t happen when the hospital also provides a telecast,” said a patient officer from Ludhiana .
OPD was closed on January 10 because of the third wave.
Seeing the increase in Covid Daily cases, the UT government has decided to stop the streets in the OPT and stop elective operations.
But when cases began to fall when the peak had reached, the UT government decided to reopen the Walk-in Opds for all government hospitals.